Alumni are reminded that comments on the first draft of Stellenbosch University’s (SU) revised Language Policy (2016) may be submitted up to this coming Monday, 12 April 2021. Comments can only be submitted via a digital platform. A link on the University’s language webpage (www.sun.ac.za/language) provides access to this submission platform. It should be noted that no comments will be possible on the first draft on the digital platform after the closing date for submissions.

SU earlier announced that it was revising its Language Policy (2016) during 2021 as part of the five-year revision cycle prescribed in the policy itself. Section 10 of the Language Policy (2016) stipulates that the policy “lapses five years after the date of its implementation” and that it “must be reviewed during its fifth year of operation”. The current policy was implemented at the beginning of 2017.

With the current Language Policy (2016) as its point of departure, the Language Policy Revision Task Team compiled a first draft of a revised policy for public consultation. A second public participation process is planned for later this year.

Staff, students, alumni and other interested parties were invited via email, statements on the SU website, media articles and advertisements in newspapers to participate in the first public participation period that started on 20 March 2021.

The SU Statute stipulates that the SU Council must determine the language policy of the institution with the concurrence of Senate and in accordance with section 27(2) of the Higher Education Act, 1997 (Act 101 of 1997, as amended). The revision process was initiated in October 2020 by convening a task team, and proposing a timeline based on the University Almanac for 2021. Our objective is to table a final revised Language Policy (2016) for approval at the Council meeting of 2 December this year.

Since the Constitutional Court in 2019 found the Language Policy (2016) to be constitutionally justified and the University’s process in adopting the policy “thorough, exhaustive, inclusive and properly deliberative”, the current policy has been used as the point of departure for the revision process. The revision will be informed further by, amongst others, the SU Vision 2040 and Strategic Framework 2019–2024 which has been adopted and implemented after the Language Policy (2016) was approved, as well as the Language Policy Framework for Public Higher Education Institutions determined in terms of section 27(2) of the Higher Education Act, 1997 (Act 101 of 1997 as amended).

The task team also considered various other documents and pertinent factors in compiling a first draft, including amongst others the current national policy context; the findings of student and staff satisfaction and language proficiency surveys; demographic information; Language Day reports; language reports to Senate and Council; the implementation costs of the Language Policy (2016) and the role of augmented remote teaching, learning and assessment (ARTLA).

In addition to input from institutional statutory bodies such as the Rectorate, Council, Senate, Institutional Forum and Faculty Boards, as well as legal counsel, the revision also includes two public participation processes. The Language Policy Revision Task Team will collate all input uploaded to the digital platform and compile a response report. All submissions will be considered but it may not be possible to include all comments in the second draft of the revised Language Policy (2016 ) that will be made available for further input in the second semester of the year.

The full revision timeline with milestones, more information and relevant documents have been uploaded to the language webpage (www.sun.ac.za/language) and will be updated as the process progresses during the year. ​ 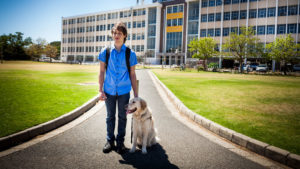 Multiple votes of confidence in SU 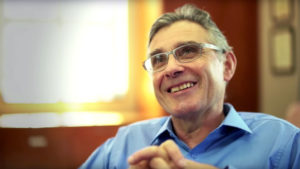