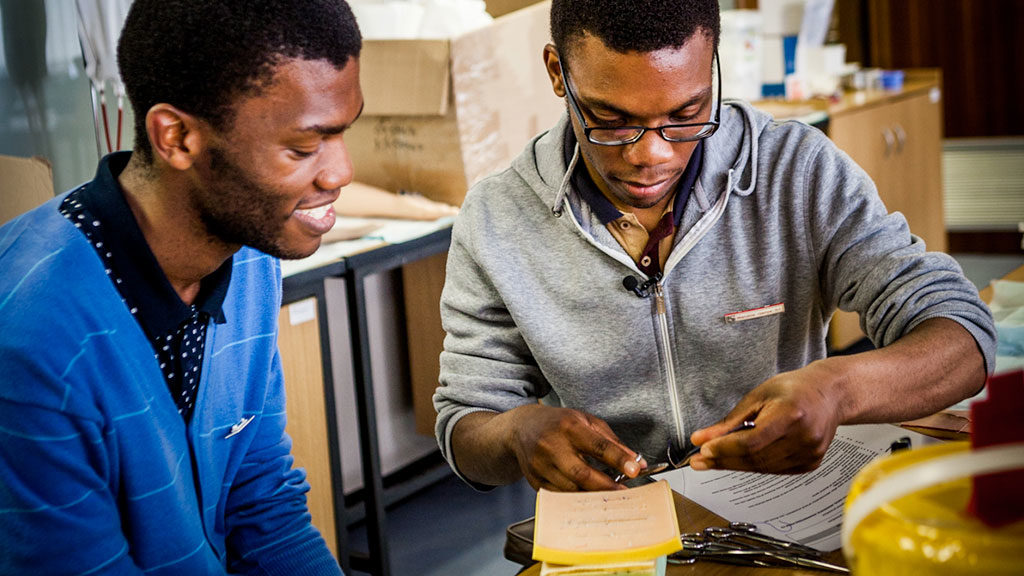 Twin brothers, Wandile and Wanele Ganya (24), both recent graduates of medicine from Stellenbosch University, are an inspirational example of beating the odds and overcoming adversity to achieve ones wildest dreams. Professor Wim de Villiers (55), the 12th Rector and Vice-Chancellor of Stellenbosch University, is an enormous part of facilitating these dreams for the youth of South Africa today and, despite vast differences, their two stories come together in a way that shows the very true meaning of community and what it means to give back.

Growing up in Khayelitsha, one of the largest partially informal townships in the country, where high instances of unemployment, immense poverty and crime are rife, Wandile and Wanele Ganya were no strangers to the struggle. Living solely on the wages of their mother, Sylvia, a domestic worker, the Ganya twins, their four siblings and unemployed father, Michael, managed not only to survive, but to challenge the status quo and beat the odds in extremely harsh conditions.  “It was and still is a community with a lot of socio-economic ills,” explains Wanele. “There’s a lot of crime, and poverty is a big thing. There’s low levels of employment and also poor quality of education.” As young boys, the twin brothers were well aware of the situation they were in and became extremely determined to overcome adversity to reach their goals. “The future looks very bleak if you’re a young person with dreams and ambitions,” says Wanele. “It wasn’t even easy finding people to look up to just to get to where you want to be. But luckily, with exposure to career opportunities and good teachers at school who always told us about success stories of people from other townships who actually made it, we were motivated to do better.”

However, misfortune struck the Ganya family even harder in 2009 when the twin brothers were in their final year of school at the Centre of Science and Technology in Khayelitsha – the year that would determine whether they would be eligible to attend a university, something they had both worked extremely hard for. Wanele was diagnosed with Tuberculosis. “As you know, TB is a chronic illness and within a family that struggles to even make ends meet, it’s a added burden,” Wandile explains. It was at this point that Wandile took it upon himself to become Wanele’s tutor and attended classes at school during the day and taught his sick brother in the evenings. Wandile was one of the Western Cape’s top matriculants in 2009. Wanele, despite passing, didn’t have top marks like his brother but both were accepted to study medicine at Stellenbosch University, a life-long dream of theirs, and the  illness that Wanele had suffered from spurred this dream on even more.

The youngest of five siblings, Professor Wim de Villiers (55), the 12th Rector and Vice-Chancellor of Stellenbosch University, had a vastly different experience. As a child, growing up in the affluent suburbs of Stellenbosch, he would play on the tree-lined streets without a care in the world, making little boats that he sailed down water furrows, totally unaware of the political strife that was prevalent in the country at the time. His father, a professor of Law at the university, ensured that his children make the most of their advantaged status and that they attended the best schools, providing them with the best quality of education he could source. It was only after high school, that De Villiers started to notice that the conservative Apartheid regime that he was living in was something that he was anything but comfortable with. “I entered medical school in 1978. It was a turbulent time in South African history,” he recalls. “It was the first time that there were some coloured students allowed in the classes. It really opened up my eyes in a sense as to what they were faced with.”

After qualifying as a physician and specialising in internal medicine at Stellenbosch, De Villiers went on to Oxford University where he completed his PHD and later did an MBA in Healthcare Management at Harvard. He spent many years abroad before the tug of home became too strong to resist. A political transformation had taken place since he had left but despite the positive changes, he was still very much aware of the conservatism that had remained, specifically in the establishment he had spent so many years in. He was approached to make himself available for the Vice-Chancellor position at Stellenbosch University and was inaugurated on 29 April 2015.

After leaving the community of Khayelitsha, Wandile and Wanele, like De Villiers, were also presented with something that was completely separate from what they had come to know. “As you can imagine, coming from Kayelitsha and then coming here, where there is a great diversity of cultures, of language and of ways of being in the world,” says Wandile. “It was a complete culture shock.” Wanele adds: “You’re not sure where you fit in. It’s a very big place and a new environment where you wonder: Are you going to cope? Are you going to be accepted? It creates a bit of a low self-esteem at first.” Inspired and motivated by the sole fact that they had made it this far however, the two overcame their initial personal setbacks and both had the incredibly good fortune of being awarded the Rector’s Award for Succeeding Against the Odds. Despite Wanele’s final grades at high school, the university took into account what he had been through, as well as his brother’s determined input. “When I got here to Stellenbosch, they took my sickness into consideration and said: “Wait, this is what happened to this person in his life so surely that’s not a true indication of his potential. So to measure his potential, we should look at how he performed before, what he is going through, what is happening in his background and then mix it together with what is happening here and now at university.” The Rector’s Award was a big relief financially and emotionally,” he says.

As the current Rector, De Villiers is very aware of the problems that higher education in South Africa finds itself in today. “Inequality. Poverty. Unemployment,” he says. “The higher education sector is incompletely transformed and it is simply, lack of funds.” Despite the fact  that the student profile is definitely changing in terms of race and language (Stellenbosch used to be a predominantly white Afrikaans speaking university) he still believes that the path to a truly transformed campus is far from finished. “Continuous transformation is part of the core of being of the University,” he says. “Our journey is imperfect, incomplete but we remain steadfast.”

The changes are certainly not going unnoticed and the Ganya brother’s are a wonderful example of the opportunities that are spreading further and wider across the country. “The university is much more inclusive now,” says Wanele. “It is starting to see the potential that lies in the lower socio-economic areas. I think it has realised it has been missing a lot of talent in those areas and now it’s trying to recruit more people from those areas and see where they go. They realise that they can make a difference. Not only locally but also in the bigger picture nationally. They’re giving people opportunities. A place like Stellenbosch wants to make a difference in your life.”

The importance of giving back to the community has been emphasised not only through the journey of these vastly different stories with extremely parallel nuances, but also through the way in which the transformation that is taking place in institutions like Stellenbosch is making such an immense difference in the lives of so many. “There are a lot of little Waneles and Wandiles in the community that want someone to look up to. To get them more motivated,” says Wanele.  “To say to them, “I know you come from this place, but look at me. You can do it.” I think it’s very important. Once you get there, take the opportunity, use it to the fullest and go back to your community and say, “Look, this is what I’ve got, because of this university. Now I want you to try and be the best that you can be. Nothing will stand in your way.”

Being a Matie at Stellenbosch has meant a great deal to De Villiers and the Ganya twins and the essence of what it is to be a part of the community of such a university, despite vast differences, is bringing more and more people together to create a society that is more socially and politically aware. Proudly South African, being a Matie to De Villiers means being part of a national asset. “Stellenbosch is a rich tapestry of wonderful people who contribute to the society that we’re creating,” he says. Similarly, to the twins, not only is being a Matie about giving back, it is also about freedom.  “Being a Matie means you’re free to be your own self. To express yourself. Not only in academics, but in your own expression in terms of political opinion and in your culture,” says Wandile. These two stories are a wonderful tribute to the seemingly ordinary people, doing extraordinary things and, in turn, creating a ripple effect that provides hope and inspires confidence in future generations. 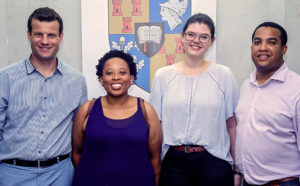 Burn the ships, not the bridges. 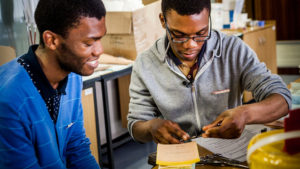